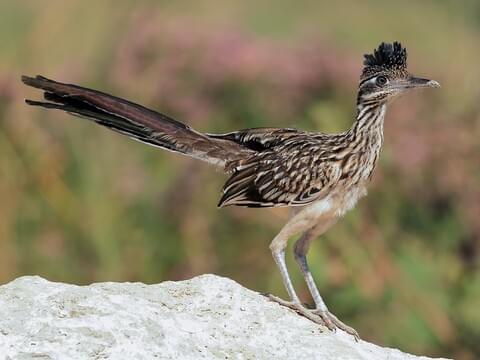 The greater roadrunner (Geococcyx californianus) is a long-legged bird in the cuckoo family, Cuculidae, from the Aridoamerica region in the Southwestern United States and Mexico.The Latin name means "Californian earth-cuckoo". Along with the lesser roadrunner, it is one of two species in the roadrunner genus Geococcyx.This roadrunner is also known as the chaparral cock, ground cuckoo, and Class: Aves. 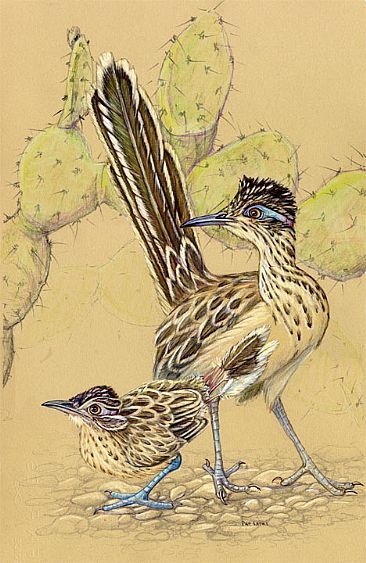 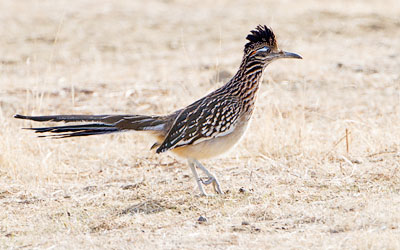